The next chapter for Educ'Maths

Educ’Maths was a game to test your knowledge in math. It was developed back in 2018, and was released under the name “Educ’Maths”, and later renamed “Educ’Maths 2018”. At the time, Educ’Maths was one of our first and biggest software we’ve ever released. Then, Educ’Maths became a series of games: Educ’Maths 2019, 2020, and finally, 2021. For each edition, we tried to push the limit of the previous one, and we went from a simple quiz game to an interactive and fun game in 2021. In June 2021, 23% of downloaded softwares were Educ’Maths games.

However, we have decided to end the Educ’Maths series here.

In previous blog articles, we told you that 2021 is going to be a big year for Léo Corporation, and indeed, we’ve release in 2021 more softwares and software updates than ever. Our vision has through the years evolved, and today, we want to focus on software creation, not games. This doesn’t mean that we will never release games again, but for now, we want to follow a new path for Léo Corporation. This path is impacted by global changes: We are living in an era where computers are now the center of our lives. The vision of Léo Corporation is to improve people’s productivity. We are doing this by releasing each year, new softwares and new experiences.

This means that there won’t be an “Educ’Maths 2022”, and the support of Educ’Maths games is going end sooner.

For players of Educ’Maths 2020, the end of support date is unchanged: On the 1st of December 2021, the support will end. This implies that Educ’Maths 2020 will no longer receive any updates, or patches.

If you are also a player of Educ’Maths 2021, the end of support has changed, and it will be the same as Educ’Maths 2020’s, the 1st of December 2021, a year earlier. Like Educ’Maths 2020, Educ’Maths 2021 will no longer receive any updates or patches, but you will still be able to play the game of course.

The end of support also means that you will no longer be able to download Educ’Maths from our website, or from Xalyus Store. About Xalyus Store, the “Games” category is also going away.

We would like to thank again everyone who played Educ’Maths games.

Popular posts from this blog 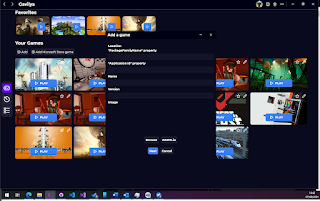 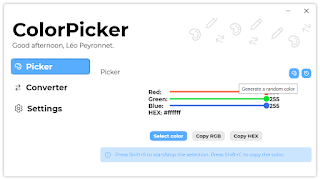